Exclusive offer.
Get your copy of Let’s Hear It For The Boy FREE!.

Let’s Hear it for the Boy 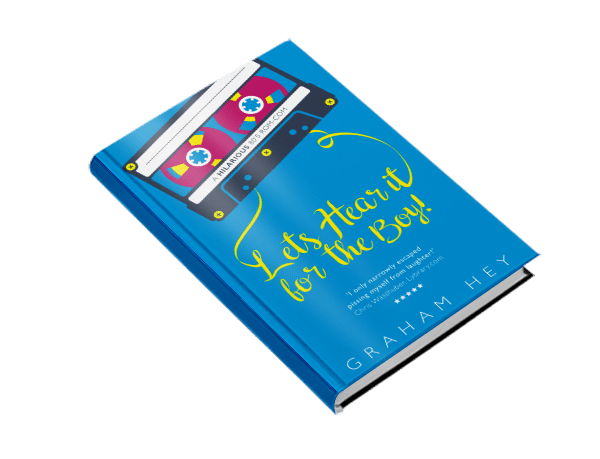 When twenty-something James Valentine pays an unscheduled visit to a fortune teller in Whitby, he is told that he’s going to meet three women that will influence his life in ways that he could never imagine!

It’s the fabulously funny story of a struggling magician trying to find true love somewhere amongst the gay bars, working men’s clubs and cake shops of a West Yorkshire town.

A fruit cake, an International drugs dealer and the Heimlich Manoeuvre  play pivotal roles in this tale of romantic failure set during the 80’s in the un-glamourous locale of Huddersfield.

Graham began his career training as an animator and scriptwriter for several companies including Bob Godfrey Films where he worked on Henry’s Cat TV show (do you remember the big Yellow Cat?) and he then moved in to comedy writing and produced scripts for Russ Abbott and Griff Rhys Jones amongst others. He was later approached by Express newspapers to write his own weekly comedy section, which was a big success and led to him writing for many top performers. He then began performing his own original comedy mindreading act and has worked for some of the world’s top cruise lines.

Graham now writes for numerous performers and has also worked as the ghost writer for one of the world’s most successful screenwriters. He has written five best-selling books of original comedy material for performers and plans to write more.

Let’s Hear it for the Boy is his first novel and he is currently writing his second one, ‘Confessions of an Invisible Man’ for release later this year through Chronos Publishing.

Graham has two daughters and lives in York, North Yorkshire. He is quite good at writing, but rubbish at things like: DIY, anything to do with cars, and remembering what day to put the bins out. 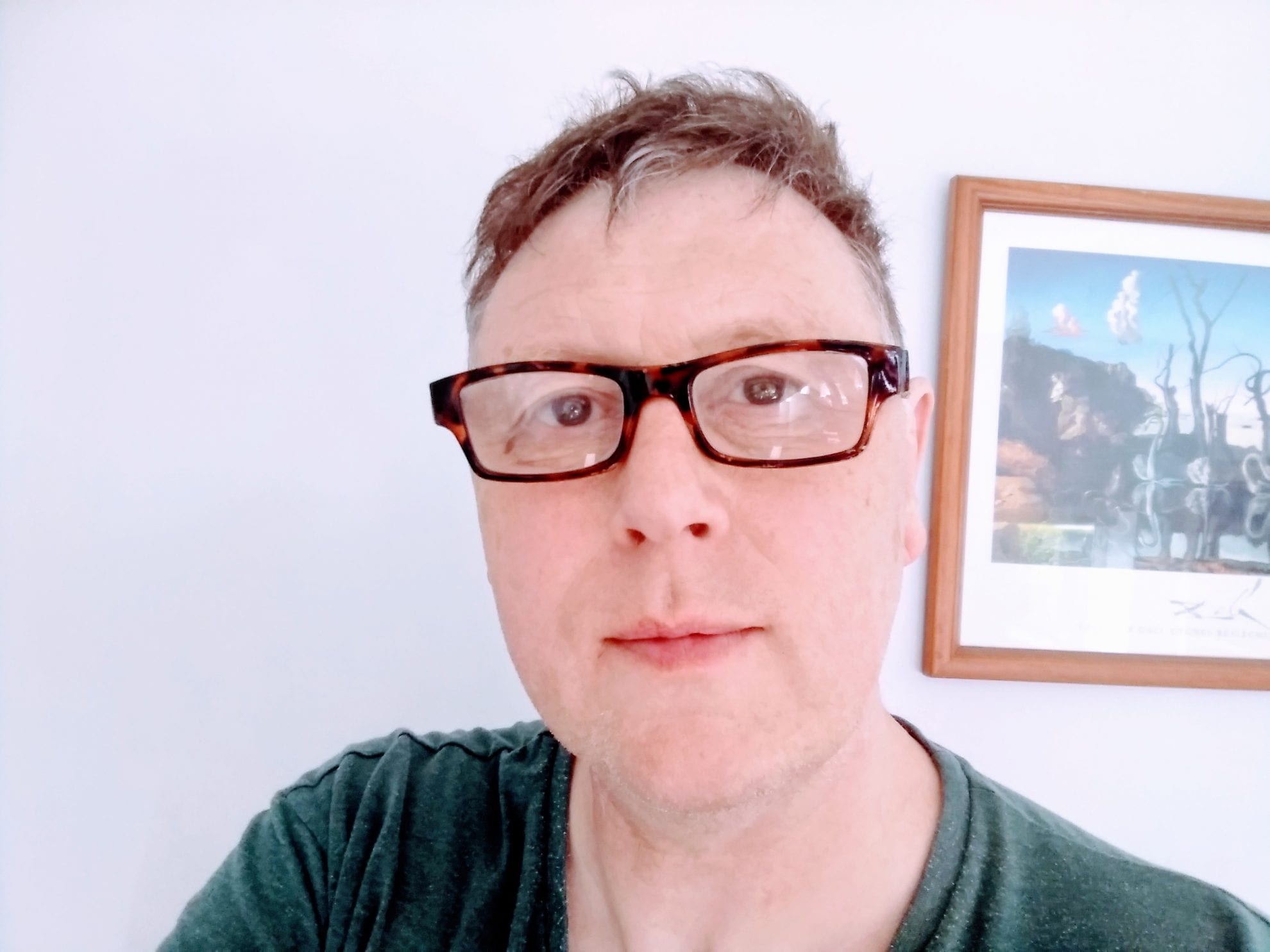 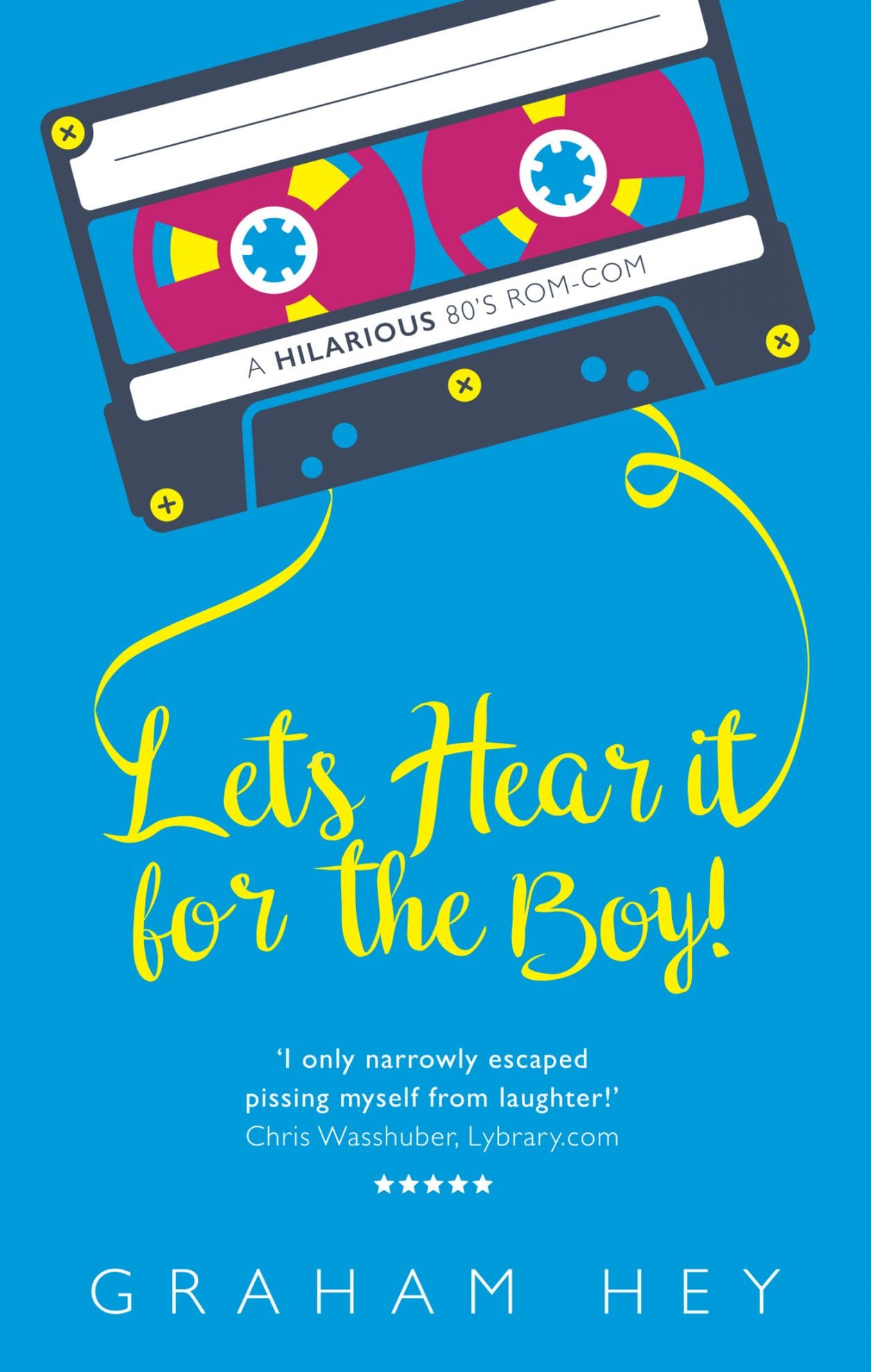 Please Give Me A Copy

Claim your free copy of this amazing book, simply click on the button below, provide your details and we will email you a copy for your amusement.

*emails can sometimes be delayed, please allow up to 30 minutes for delivery

Why Not Check Out Some Of Our Other Authors?

At Chronos Publishing, we want to help you tell your story in a fair and straightforward way. We know that many of you may be disillusioned with publishers for a variety of reasons and we want to give you back that feeling of optimism and excitement at publishing your book.

Whilst we are a tradition independent publishing company, we still maintain that copyright for the manuscript belongs with the author. This is just one of the ways we differ from many of the bigger publishing houses, we also have a much more favourable royalty split for our authors.

Without our authors we have nothing to share… So, it’s all about you.

Click Here
Corona Update
This rapidly evolving coronavirus (COVID-19) has imposed an unsettling, fluid situation upon our community and its businesses. While the team here still aims to maintain a “business as usual” approach, we are making a number of significant changes to our operations to account for a situation that is far from normal. With immediate effect we have closed our offices and will be working from home. We remain open for existing and new clients via the following methods: We will try to respond within 30 minutes during business hours.

Get Free Books
We use cookies to ensure that we give you the best experience on our website. If you continue to use this site we will assume that you are happy with it.OkPrivacy policy